Ascoli Satriano, Apulia. A small town in the internal areas, depopulated as one
would expect. A place of “there’s nothing here”, as everybody tells Eleonora when she arrives in the town after spending most of her life in Milan, a place of “there’s everything there”, where her parents moved in the Sixties. She is emigrant, but not for her choice. A second-generation emigrant. Always being separated from this “here” she could never know, but that has always been in her mind in an image made by stories told by others. Eleonora goes down to the town in order to provide images to other’s words: those by her family and those by Adele, the kid from the town met during the only visit Eleonora made with her parents when she was very little. Adele wrote letters for years and Eleonora rarely replied. Eleonora starts today an impossible conversation with Adele: a conversation disconnected from a synchronized time and localized in a largely imaginary space. 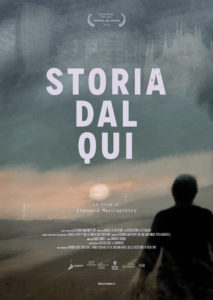